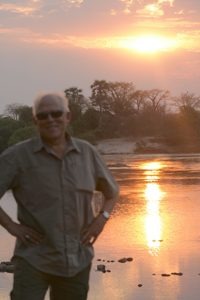 John J. Barr was born, raised and educated in Alberta. He began his career in journalism and television and for a time was Canada’s youngest newspaper editorial writer. Mind you, that was 56 years ago.

From journalism Barr progressed — if that is the right word — to politics, after which he wrote a book about the rise and fall of a Prairie populist government and then began a 40 year career as a communication consultant and crisis manager in Toronto and Vancouver.

He retired from public affairs practice in 2011. His experiences as a crisis consultant formed the basis of his book Trainwrecks, published in 2015.

Barr’s first novel, Geronimo’s Cadillac, was published as an ebook in 2011. His second novel, And Justice For None, will be published in September in paperback and ebook format.

He is at work on his third Walsh novel, Gold of Fools.

His non-fiction books include:

Copyright JohnJBarr.com 2022 - All Rights Reserved
Back To Top